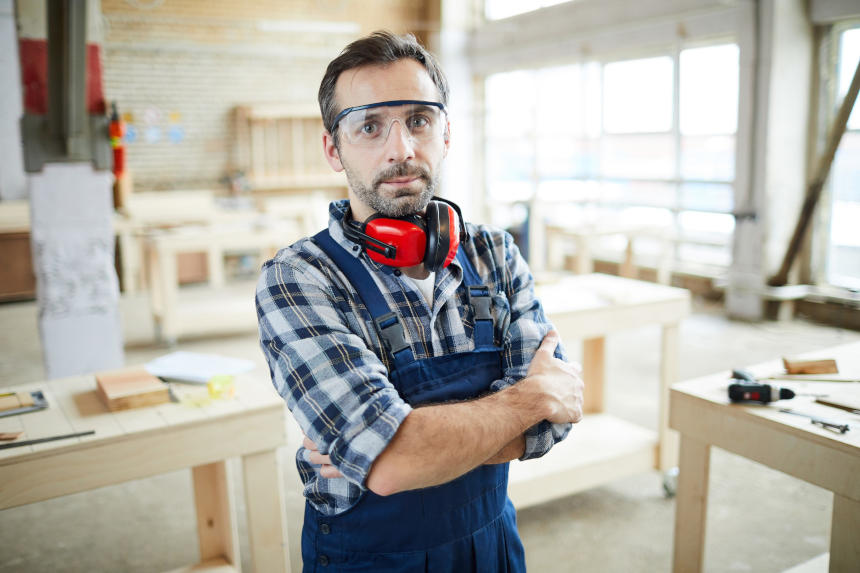 We’re The Contractor That Other Contractors
Call When They Need Exterior Remodeling.

(Don’t worry. He considers this a compliment.)

So when Rick needed new siding, windows, and roofing for his own home, he chose the exterior remodeling that shared his sky-high quality standards…

Meeting Of The (Quality-Obsessed) Minds

During the home show, Rick and Solid State Owner Jeff Brooks struck up a conversation—and immediately hit it off. Rick knew straight away that Jeff was the rare industry pro who shared Rick’s unbridled love for remodeling.

As it turns out, that’s exactly who Rick was looking for to remodel his own home.

Rick’s home needed new roofing, windows, and siding. The problem? He was having a TOUGH time finding a company that could meet his lofty quality standards.

“I got three estimates prior to Solid State, and I wasn’t impressed,” Rick said. “These other companies seemed like salespeople. I didn’t like any of them.”

But when Rick talked to Jeff at the home show? He immediately knew Jeff ran a different kind of company.

“I was impressed by Jeff’s knowledge,” Rick said. “He didn’t seem like a salesman.”

So Rick had us come to his home and give him an estimate on new roofing, windows, and siding. We performed a whole-home inspection, showed Rick his options, and provided a no-nonsense estimate.

Rick decided his initial hunch proved correct: We were not like the other high-pressure contractors he received quotes from. Our information-based approach and fair pricing was a breath of fresh air.

Rick had finally found a company he could trust to work on his home.

One Of Our Crews Cut Corners—We IMMEDIATELY Fired Them

When You’re Hired By The Best, You Better Bring Your Best

It’s a HUGE honor when someone in your industry hires you—especially when that someone is as great as Rick. It’s like Gordon Ramsey bringing you on as his personal chef. Or Stevie Wonder booking you to sing at his birthday party.

But with that honor comes BIG expectations. When you perform for the best, you’ve got to bring your best.

And that’s exactly what we did.

Our streamlined process ensured smooth sailing from start to finish. And we executed our famously high-level window, roofing, and siding installation.

In fact, we impressed Rick so much that he decided to hire us to work on windows, siding, and carpentry for his own customers!

“I wasn’t looking to partner up with another contractor,” Rick said. “But I liked the quality of [Solid State’s] work so much.”

And as the ultimate sign of trust? Rick recommended us to his neighbors for their siding project. Now that is confidence in your contractor.

After all, hell hath no fury like a neighbor scorned!

To this day, Rick reaches out to us regularly when his customers need new windows, new siding, or carpentry work. This lets him focus specifically on his specialty, while also speeding up his production so he can take on more jobs. Everybody wins!

The bottom line: We’re the contractor other contractors call when they need exterior remodeling for their customers’ homes… and their own homes.

So when you reach out to us about YOUR project? You’ll know you’re talking to a company that even the most persnickety, demanding contractors trust with their homes.

previous
Warning Signs Of An Aging Or Damaged Roof
next
Is James Hardie Siding Worth The Money For Your Central MA Home?